Skip to content
Curious as to what items on your account have sold? Check out our consignor login!

A taste of our in-store art gallery. “Flying High” is a painting that will stop you in its tracks when you see it in person.

Pictures do not do it justice as it does not convey the texture, the brightness of the colors, and how perfectly the artist captured this action shot with her paintbrush.

We are proud to have this painting on display and for sale in our Phoenix air conditioned show room for a steal at $1,999.99. "Would be a Maverick" by Bill Owens ""...through his mane and tail the high wind sings, fanning the hairs, who wave like feather'd wings. This line from Shakepeare was the inspiration for "Eagle's Flight". I wanted to portray the words in both a literal and a symbolic way. I drew the horses in a state of fluid motion to emphasize speed and power. On a symbolic level, I arranged the horses and Indian in such a way that all the darks in the painting would create the image of an eagle in flight. The use of eagle feathers as decoration on the horses was also to emphasize the feeling of flight." -Bev Doolittle 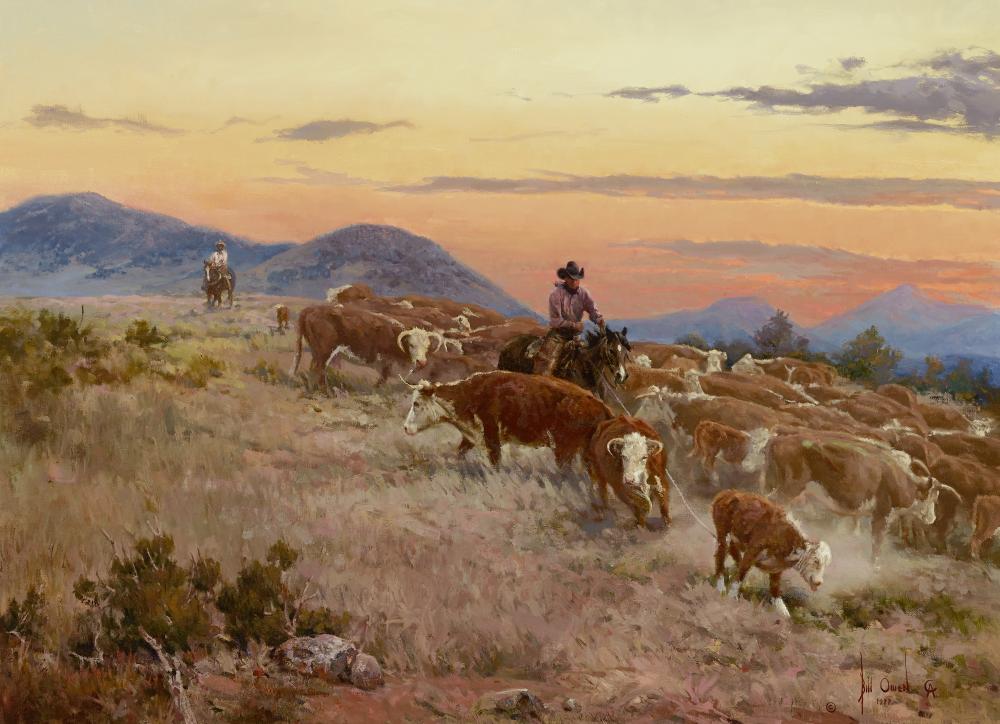 "Taking a Tally" by Bill Owens 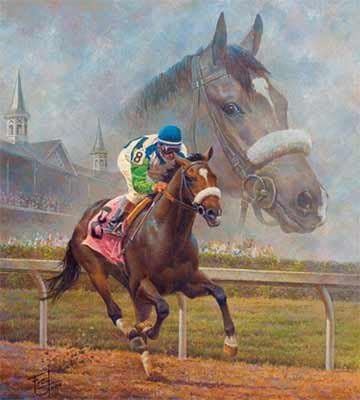 "A Legacy of Hope" by Fred Stone

"After watching Barbaro's breakdown in the Preakness Stakes, my enthusiasm for racing, like that of many others who love it, suffered a crushing blow. For the first time in my thirty years of painting Thoroughbred racing, I had lost my enthusiasm. My feelings, along with most of those in the racing world, were that Barbaro was not going to survive this type of injury.
Then something very strange happened. The combination of a dedicated veterinary hospital, a race horse with an amazing spirit, and the eternal hope of his owners caused me to look at this tragic event in a much more positive light.

Even after I finally painted Barbaro, we did not know his fate, but because I am a story teller, I knew that I had to paint him, if only to demonstrate the dogged determination of both man and animal in the fight to survive."

"In the Company of Giants" by Fred Stone 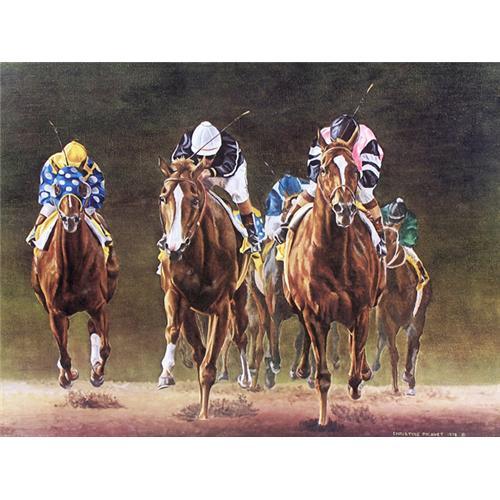 "A Celebration to Affirmed" by Christine Picavet

"What a fantastic display of vibrant color and life! Christine Picavet portrays the 1979 Hollywood Gold Cup! This depicts the horses as they scramble for the finish line. This particular print is signed and numbered by the original artist, making it that much more exquisite." "Quanah was a Comanche chief, a leader in the Native American Church, and the last leader of the powerful Quahadi band before they surrendered their battle of the Great Plains and went to a reservation in Indian Territory. He was the son of Comanche chief Peta Nocona and Cynthia Ann Parker, an English-American, who had been kidnapped at the age of nine.

Guy Manning began exhibiting his work at the Philadelphia Art Alliance when he was 12. He went on to earn a 4 year scholarship at the Pennsylvania Academy of Fine Arts. He has become recognized as a prolific and skilled Western artist.

His career took a turn when he became interested in Western U.S. history and the lives of Native American Chiefs.

His paintings are done after extensive historical research. His goal is present the Indian people as "vitally alive rather than simply a part of history." 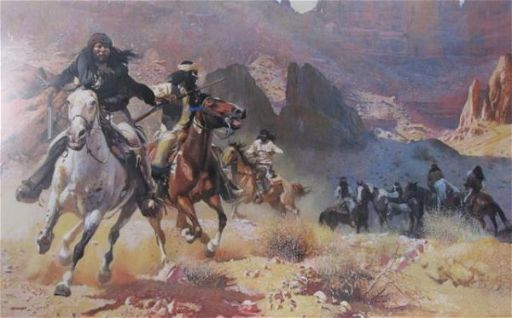 "Echoes in the Canyon" by Guy Manning 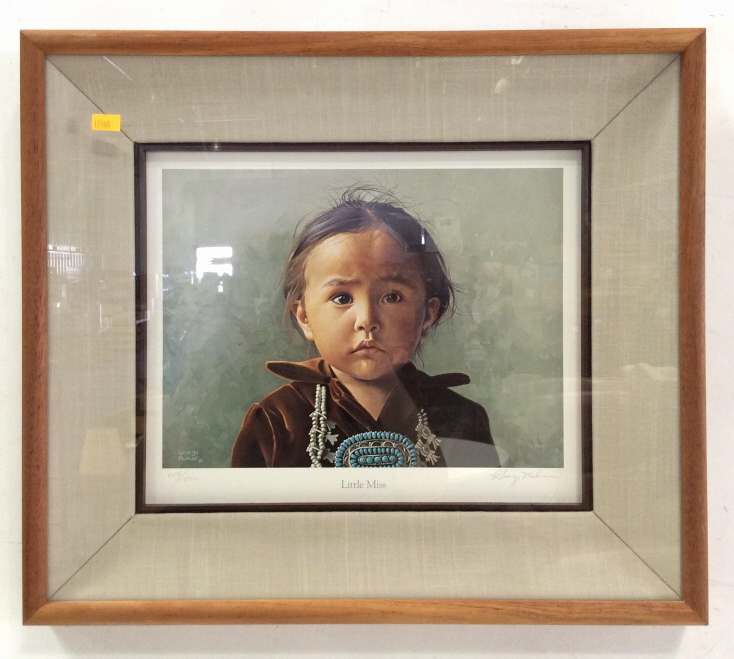 Sold in a set of three. "Buckaroo" and "Top Hand" by Lynlie Carson (sold as a set)

Both framed, sold as a set "Spirit I" by John Parrish

More to be uploaded soon!

Reach out or stop by our Phoenix location to see what artwork we may have!